The Innovators – Turning disasters around 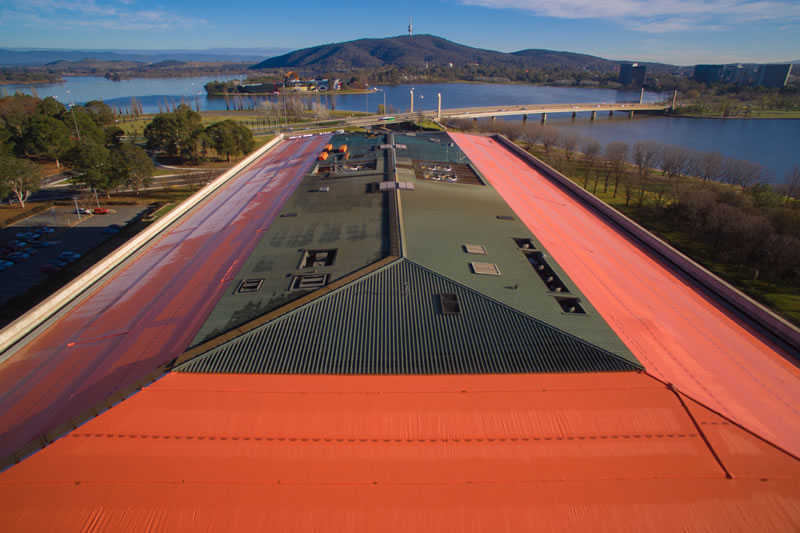 If we’re going to have a new normal, let’s make sure it’s a better one. TimberTrader News looked at two transformational ideas that are helping to build the future of Australian construction.

Matt Lennox had the idea for Stormseal while repairing roofs after the 2007 Sydney hailstorm. As an insurance builder, he saw the enormous damage caused by first the storm itself and then the tarpaulins used as temporary weatherproofing solutions, which offered very short-term protections and added their own risks. He was determined to come up with a better method.

For the next five years, Lennox consulted with John O’Neill, one of Australia’s leading chemical polymer engineers, to develop Stormseal: a bright orange polymer film that heat-shrinks to cover a damaged structure securely for up to a year. Armed with two patents (for the film and the application method), he incorporated Stormseal and then, in 2016, received an Accelerating Commercialisation grant of $450,000 from the Australian Government.

“That grant not only helped us expand Australia-wide, it allowed us to get overseas as well,” says Lennox. “It was an extremely difficult grant to get; there’s a lot of scrutiny with the panel that reviews it. But they not only saw Stormseal as a way to make the country more resilient following storms, they also saw the Stormseal system as being one that could be extrapolated globally, so that allowed us to get into Europe and the US.”

Now, from Canberra to Chamonix, after a big storm goes through, you might see roofs snuggly tucked into a tight wrapping of thick, recyclable orange plastic that is waterproof, fire retardant, UV resistant and resists wind, rain and hail for 12 months.

The work is all done with local contractors, with film supplied through the company’s central, quality-controlled production processes, with volumes that can be quickly scaled up when a major storm is predicted. The training system is as neatly designed as the rest of the company – and it all started with Lennox’s hatred of roof tarps.

“We’ve seen them tied to gas fittings, fences, light fittings… and ripping them all apart. They cause a lot of damage on a house – and how someone hasn’t been hit by a sandbag, I don’t know,” Lennox says. “Every time a tarp fails, which is four times for the average run-of-the-mill claim and can be many more, there’s exponential damage from that failure and also exponential cost.”

He tells the story of one case study Stormseal did in Berowra, NSW. “A lovely older couple, both 85, the house was neat as a pin and got caught in a bad hailstorm. The claim’s original estimate was $52,000 and they had tarp after tarp that failed. The claim ended up costing $286,000 and they were out of home for 328 days.

“And at the end of all that, they just got their home back. It’s not like people go through all of this with tarps flying off in the middle of the night for an improvement, you just get it back the way it was.”

TimberTrader News, the monthly news magazine for the timber, hardware and building materials industry, was established and first printed in October 1985 by founder Greg King. TimberTrader News is a truly national marketing and promotional magazine with major emphasis on the news, views, information and latest developments within our sector of the timber, hardware and building materials industry. The magazine promotes the interests of timber as a sustainable building and construction material as well as the truthful edification of its members. Our readers include timber merchants, hardware stores and building materials centres; timber flooring specialists; pallet & box makers; timber window and door manufacturers; roof truss and wall frame fabricators; and their appropriate suppliers.

Australian manufacturing has been in terminal decline but coronavirus might revive it
July 28, 2020